On Sunday 23 February the CHWs were invited to form part of the parliamentary discussion regarding the National Health Insurance.

CHWs struggled to get transportation even though they were promised by the Department of Health. CHWs from Lenasia south made plans to reach the destination hiring a sprinter even though the MEC promised that there would be taxis booked for the day.

At the hearing CHWs were greeted by officials carrying computers and cameras, took CHWs’ names and signed the register. The hall was full of SANCO, ANC, NEHAWU,

TAC, Gauteng Community Health Care Forum members, community members and MPs, and the Department of Health officials of almost all the regions. The parliamentary

panel was headed by Dr Zweli Mkhize, Dr Sibongiseni Dhlomo and others.

There were a number of old people who left their homes early in the morning without food just to get to the event hosted by the Department of Health and government.

During the discussions the house heard many stories about how the Department fails to deliver health services to the community.

CHWs were vocal in the hearing and raised issues the place of CHWs in the health system. “We want to know where we fit in as Community Healthcare Workers, are we

part of the NHI ‘cause we have been neglected for too long a time. We will not be surprised that we are not”. The CHW said if the government wants to implement the NHI

they must make CHWs permanent first. A lot of questions raised by the public and the organisations taking part was about making the CHWs permanent and raise their wages, and also to fix hospitals and hire more CHWs.

The question was never answered, just as those all of the
organisations that were present. Dr Mkhize kept on asking
Prof Kunene to write down CHWs concerns. It is yet to
be seen if the road shows will be successful. The panel
said that a full report would be given at the end of all road
shows. 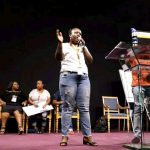 Sisanda Lwana Kulima is a Community Healthcare Worker and Advocates for social justice in society. She is also an Activist who believes in the inevitability of socialism.
Lwana-Kulima currently writes for the Forum News and Karibu in her capacity as a member of the Forum of Activist Journalists.

Rating Agencies – the eyes and ears of the rich 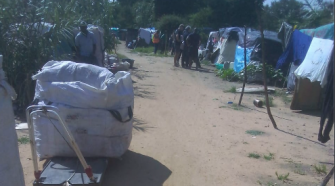