Over the past few weeks, labour broker workers at Pick ‘n Pay/Assist Bakeries and at Pepkor’s distribution centre have been on strike. Workers were demanding wage increases and benefits such as provident fund membership, and both strikes were the result of worker self-organisation. Neither strike had any trade union involvement but were led, instead, by worker committees.
Pick ‘n Pay sources many of its baked products from Assist Bakeries, which it has set up as a BEE model. There are five different Assist close corporations operating within one factory in Isando. Each one employs its own workers. The workers argue that the BEE initiatives are nothing but labour broking by another name. They want to be covered by the new Labour Relations Act (LRA) rights that says Pick ‘n Pay must employ them as its permanents after three months.

The struggle at Pick ‘n Pay/Assist has been particularly vicious, with management responding to workers’ demands with dismissals, retrenchments targeting workers involved in the dispute over the new LRA rights and Labour Court reviews of the CCMA victories workers have won so far.

These actions only increased workers’ determination to challenge the companies’ labour practices, and they embarked on a protected strike in support of their demands. The strike lasted six weeks, despite management interdicts, and ended in partial victory. Workers won provident fund membership, earlier introduction of wage increases and the wages of the lowest earning workers being increased from R3200 to R3500.

Workers have returned to work but continue to mobilise around their outstanding demands, while the dispute over their right to be employed directly by Pick ‘n Pay is awaiting CCMA arbitration. Management has also agreed to work with the committee set up by the workers.

At Pepkor, workers at the labour broker Pinnacle went on strike for R2000 per week, fixed working hours and provident fund membership. These demands were directed at both companies. After a daylong strike, led by the workers’ council, workers won provident fund membership and a minimum working week of 32 hours. All hours worked over that would be payable at overtime rates.
The importance of these strikes is that they are being undertaken by workers that trade unions are refusing to organise. The workers are instead organising themselves, and are learning the value of their collective strength. They are also establishing workplace organising structures different from the traditional ones. This bodes well for building strong workplace organisation and a new, fighting workers’ movement once more.

Previous The importance of saving

The CHWs are not safe 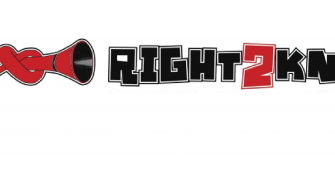