Gauteng Community Health Workers have embarked on a campaign for recognition and to be included in the minimum wage, at R20 per hour. The campaign was initiated by organising regional mass meetings around Gauteng.

Over 15 regional meetings organised by the Forum were held throughout the province, CHWs discussed the way forward on their struggle against the Department of Health that continues to refuse to recognise CHWs as permanent workers with all the benefits as set in the labour law of the country.

The big discussion at the regional mass meeting was about the recent Public Health and Social Development Sectoral Bargaining Council resolution. The resolution seeks to standardise the stipend of CHWs and ensure its protection under the Personel and Salary(PERSAL) system. The National Department of Health and the majority of trade unions in the Bargaining Council finally agreed on the 12 June 2018 and the resolution is to be implemented with immediate effect. The resolution is binding to all CHWs in the country.

CHWs have rejected various sections of the resolution pointing out that the resolution does not speak to the important issues that CHWs are facing. The resolution still treats CHWs as volunteers and not employees. CHWs pointed out that they have been volunteering for over 15 years and should be recognized as workers that enjoy all the rights of workers in South Africa.

The section that received a lot of debate was the agreement section. This section says that all CHWs with matric or experience and those that can benefit form Recognition of Prior Learning (RPL) will receive a stipend of R3 500 and this will run for only one year.

The Forum opposed this agreement pointing out that this agreement will only apply to a few and not all CHWs. Only CHWs at the mass meetings also questioned why the agreement specified matric and prior learning instead of saying all CHWs that work will receive the R3 500 stipend. It is clear that the Department of Health is planning to use this agreement to dismiss large numbers of CHWs as in 2016. In 2016, the Forum won a major victory at the labour court that declared CHWs as employees of the Department which insured that no CHWs is dismissed but, the Department illegally phased in Smart Purse, many CHWs were unfairly dismissed and not allowed to sign employment contracts.

In the regional mass meetings, CHWs agreed to intensify the champaign for recognition and inclusion to the minimum wage. Johannesburg Metro region G clinics that located South of Johannesburg have initiated a go-slow as a form of protest to put pressure on the Department to respond to these issues. Clinics in Tsakane, east of Ekurhuleni have been on go-slow for the whole month protesting against working conditions. The regional meeting in Tsakane decided to intensify the go-slow with the recent developments. Other regional mass meetings emphasised the need to mobilise and unite all CHWs in Gauteng to take on the campaign.

On the 8th June 2018 to the 9th June 2018, CHWs from all 9 provinces in the country met in Johannesburg to discuss a national campaign against this resolution. The CHW representatives in the meeting agreed to take on a campaign and to write to the Minister of Health and the President of the country to intervene in these issues. The CHW representatives emphasized the importance of mobilisation and uniting all CHWs on the demands as the Department seeks to divide and dismiss CHWs.

Next Socialist International Calls for Military Embargo on Israel 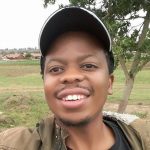 The Clean Up at Jukskei River 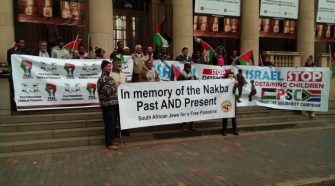