After 43 years of the Soweto uprising, what are we saying about the youth in South Africa? Did the demonstrations and protests of 16 June 1976 have an impact in the new generation of South Africa? The 76 generation fought for better education for upcoming generations, but little did the youth know that it would find itself trapped in poverty; facing high rate of unemployment; no access to information and tuition fees increasing dramatically.

Khanya College is making in-roads into this sector and has recently formed a Youth Network (YN) to tackle the issues facing by youth in townships and among the working class as a whole. On the 13 July 2019, the YN had its first meeting to look beyond the surface of issues afflicting the youth on a daily basis. Organisations that attended the meeting were the Orange Farm Advice Centre; the Gauteng Health Workers Forum; the Gauteng Civic Associates and. This representatives of the above-listed organisations mentioned the core issues that involve youth such as; crime, unemployment, lack of skills, the use of drugs and alcohol abuse.

The YN believes that by forming this network it can pull those youth from the spaces they are in to a better future in the line with what they will be gaining from the network. The YN wants to attend the upcoming Jozi Book Fair Festival that will take place from 29 August to 1 September 2019 to debate on a Basic Income Grant in South Africa. There will be youth groups that will be invited to the Fair such as the Y Centre, Ithemba, Diepkloof Youth Club, Kofifi Traditional Dance, soccer teams and many more to experience the JBF Festival.

The high rate of unemployment in South Africa is a big factor in a lot of crime that youth commit. This situation affects adults too; furthermore, it may lead to depression, substance abuse and even suicide. Looking at the Stats SA report, one learns that the unemployment rate increased to 27.6% in the first quarter of 2019. Compared to ano countries, South Africa has a high rate of crime. The YN will help the youth to organise, mobilise and break the vicious circle of poverty for the future generations. There will be books to be read during the network meetings. Let us remember that books are used to improve our knowledge, the way we live and to improve our vocabulary knowledge.

Next GIWUSA Condemns The Selling Of Clover 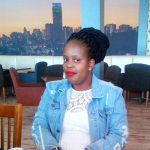 Phororong Primary Ordered to Shut Down Due to Unsafe Conditions 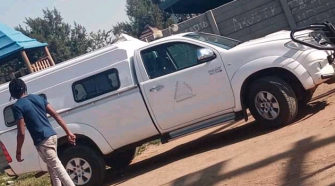