This year, we look forward to the 9th Jozi Book Fair (JBF) Festival, happening on 31 August to 3 September. Last year the JBF Festival was held at Wits University and this year we are happy to announce that we are moving to Mary Fitzgerald Square and the surrounding precinct in Newtown, Johannesburg. The Fair has grown a great deal since it was first launched in 2009, and this growth has resulted in its relocation to a different venue to accommodate the increasing audience.  Mary Fitzgerald Square and the surrounding precinct is a much larger space right in the heart of the city. The JBF Festival’s relocation will also help revive the Newtown Precinct as a cultural space where people can come and engage with literature and each other. The JBF will make a public call on 15 March to individuals, artists, authors and civil society groups to participate, host events and exhibit at the Fair. Over the past three years more than 50% of events have been hosted by the public, making this a Fair ‘from below’, that registers the concerns of people from all walks of life. The Fair will be four days; inclusive of the School’s Programme, Chilren’s Programme and the General Public Programme.

Every year the JBF chooses a theme that the Fair focuses on, which then informs the choice of the Guest of the Fair, the content of the Fair and the constituencies it focuses on. This year the theme of the Fair is Women and Literature. The theme seeks to mobilise women in all walks of life and backgrounds. It looks at the girl child in school, higher institutions, working or unemployed and women in all art forms. The theme explores the position of women across the globe. The Fair will then focus on the work women do, whether in art, literature, music, etc and the role they play in their societies. We will furthermore explore how female characters are depicted, especially in literature. The theme will provide women with a platform to engage their position and narrate their stories, debate and find solutions to issues that they face. The Guest(s) of the Fair will be women and will be launched in May.

This year we are also looking into exploring new and exciting partnerships which will shape the Book Fair moving forward.

The Fair was a tremendous success last year. Besides the schools part of the Schools Programme, the Fair brought together more than 5 000 people including children, youth and the general public from all walks of life. The Fair was held at the Science Stadium, Wits University where it has been for the past two years. JBF prides itself in the fact that 90% of the activities in the programme were hosted by the general public and exhibitors. As the fair grows, it has become more than just a literary event, it has become a cultural festival that promotes reading using all art forms like literature, book launches, seminars, roundtables, live jazz, theatre and a film festival.

45 NGOs and publishers exhibited at the Fair including large publishers like Pearson South Africa, Wits University Press, National Library of South Africa, and Amnesty International. The JBF negotiated with the publishers to sell their books affordably so as to make books more accessible, which in turn resulted in publishers making very good sales of books. 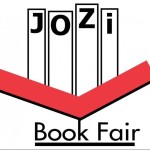 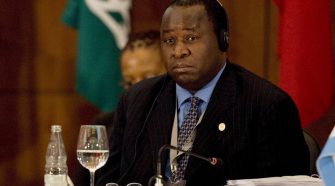