On the evening of 9 January 2018 President Jacob Zuma finally gave in to pressure to appoint a Judicial Commission of Enquiry into State Capture. The pressure had been mounting on President Zuma for more than a year to appoint a commission to investigate allegations that the South African state has been “captured” and was serving the interests of a few individuals and not the country as a whole. The first shots in this high-pressure game were fired by the former Public Protector Thuli Madonsela. In her last report before leaving office in October 2016, Advocate Madonsela ordered President Zuma to institute a commission of enquiry to investigate “state capture”.

After a long legal battle President Zuma was defeated in the North Gauteng High Court  on 14 December 2017, two days before the start of the African National Congress (ANC) conference. The court ordered him to set up the commission within 30 days, and to follow Adv Mandonsela’s orders that the Chief Justice Moegeng Moegeng should select the chair of the commission. On 9 January the president appointed Deputy Chief Justice Zondo to head the commission. The Deputy Chief Justice was selected by the Chief Justice as Adv Madonsela had ordered. The capitulation of the President was itself a result of a long series of defeats of his allies on many levels in South African society. It was this accumulation of defeats that finally forced President Zuma to give in.

Throughout 2017 President Zuma has suffered one court defeat after another. He lost the case on the reinstatement of criminal charges against him. The courts also ruled that the current head of the National Prosecutions Authority (NPA), Adv Shaun Abrahams, couldn’t deal with the Zuma case because he was appointed illegally, and that Deputy President Ramaphosa must appoint the new head of the NPA. President Zuma’s allies and appointees in the State Owned Enterprises were also under pressure and on the run. Towards the end of last year a parliamentary inquiry into Eskom put pressure on the President’s allies and led to the dismissal of Brian Molefe from Eskom. Lastly, in the run-up to the ANC elections in December the President’s supporters, the so-called “Premier League” suffered major court defeats and the leadership of two of the key provinces – KwaZulu Natal and Free State – could not participate in the elective conference.

Not only was the President under pressure from the courts and losing many battles, but his base in the ANC was now also under threat. The recent victory of Cyril Ramaphosa in the presidential battle in the ANC consolidated the offensive of Zuma’s opponents. ANC President Ramaphosa was the candidate supported by the wealthy and white capitalist class. This group of wealthy and big capitalists had led the campaign to elect Ramaphosa as ANC President against the challenger Nkosazana Dlamini-Zuma. Not only did they fund the campaign by Ramaphosa, but they also ensured that their extensive media power was employed to tarnish the image of Dlamini-Zuma and associate her with corruption.

With the defeat of the “Premier League” and the recent victory of Ramaphosa, President Zuma had his back against the wall and capitulated. Although the president is still trying to appeal this or that aspect of Adv Madonsela’s ruling, it is clear that he is on the road to defeat. The remaining part of the chess battle is whether President Zuma will still be president when the commission sits, and to what extent him being an ex-president will open him to even more attack from his opponents – the rich and their supporters within the middle classes, the SACP, COSATU and the working class.

[At the time of going to press the President had not yet announced the terms of the commission.] 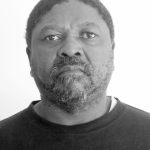 Electricity Blackouts Cause Chaos in Bophelong

Day 3 of the Coronavirus Lockdown in Carletonville 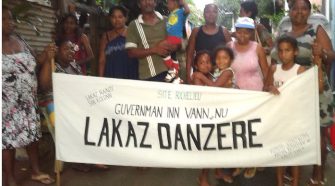