Galia Aguilera, 35, is a history teacher of basic education (4 to 13 years) active in the group of education workers “Our Class,” supported by the Revolutionary Workers Party (PTR).

You are a teacher in Antofagasta, in the north of Chile. What is the economic-social panorama of Antofagasta? Who lives there? What are the central resources? What are the most visible problems?

Antofagasta is Chile’s main mining region. It has investments from large multinationals such as BHP Billinton, Barrick Gold, AngloAmerican, Glencore, Friport McMoRan, among others. These big imperialist companies plunder not only the copper resources, but also exploit the lithium. Chile concentrates more than 50% of the world reserve. In this region 70% of the mining resources are exported. It can be considered one of the richest regions of Chile, but at the same time it is one of the most contaminated regions, especially by heavy metals, arsenic, lead, etc. The city of Antofagasta has one of the highest percentage of unemployment that borders 10%, half of the population earns less than 400 thousand Chilean pesos, while 63% of the region’s GDP corresponds to mining, only in the city of Antofagasta there is a deficit of more than 20 thousand social housing, there are 3 thousand families living in camps, many of them do not even have access to basic services such as water and electricity.

More than a month ago, since the 3rd of June, an indefinite strike of education workers has been called throughout the country. The strike continues, as the teachers on strike have rejected the latest offer from the Ministry of Education. Why is there a strike at this time?

The first thing to understand the conflict is to remember that Chile has a model of neoliberal education, inherited from the dictatorship of Augusto Pinochet, who left public high schools and schools in general in the hands of private corporations of the municipalities. Teachers have had a long history of strikes to reverse the consequences of this model on pedagogical, social and working conditions, such as precarious infrastructure or overcrowded classrooms. Chile is the second OECD country with more students per classroom. In addition, bureaucratic administrative work is excessive and useless for pedagogical development; schools are authoritarian structures with minimal democratic activity in the school community, among many other things. It is a completely asphyxiating structure for students, proxies and education workers as a whole.

We teachers are facing the implementation of the last two reforms that began with Michel Bachelet’s government. One is the professional teaching career, which means a pigeonholing of teachers on the basis of standardized assessments aimed at defining salaries. This reform was rejected by more than 90% when it was presented. The other reform is the demunicipalization, which far from the establishments returning to the State, is the implementation of local services where private corporations maintain their participation, being that the decades that took charge of public education meant a terrible administration of money, and even diversion of resources for electoral campaigns, as demonstrated by the case of Mayor Karen Rojo, who is being investigated for the use of education and health resources to pay political advisories for the 2016 municipal elections.

In this context, there are minimum demands found in the current petition, some of them dragged from the dictatorship, such as the so-called historical debt to teachers, which is the non-recognition of pension rights at the time of transfers to corporations.

It is important to mention that Chile is going through a deep crisis of political and institutional representation, with parliamentarians earning more than 9 million pesos, equivalent to 30 times the minimum wage of 300,000 pesos and several cases of corruption in the Armed Forces, the Police and illegal political financing for electoral campaigns that splashed all the traditional parties. Today the right-wing government of Sebastián Piñera, who promised in his campaign “better times” does not exceed 30% approval.

What are the central demands of the teachers?

They are 12 points, at the beginning they were 11 points, but prior to the strike the government by decree eliminated the subjects of history, art and physical education from the obligatory curricular programs of 3rd and 4th middle [secondary school], and indignation at this measure made it be incorporated into the Petition. Within the demands, in addition to the historical debt, is the defense of public education. This is a broad demand, but it should be noted that today there are public schools that are being closed by this model, schools abandoned without resources that coincides with the poorest sectors of society. Another demand is regarding the teaching career, double contracts and labor instability, double evaluation processes, discrimination in bonuses for nursery school and special needs teachers, among others.

The current mobilization is among the largest in the history of the union, marked by important milestones such as the march in Santiago with more than 80,000 teachers accompanied by high school students, and 400,000 nationwide, a march of 25,000 delegation members from different parts of the country that began on the road to Valparaiso where the national Congress is located. The third march also mobilized more than 100,000 people in Santiago alone, and at the end of June several roadblocks were made. In Antofagasta the accesses to the city were blocked, producing an action at the same time coordinated with cuts in Calama, where the mining workers of the state-owned Chuquicamata were on strike. These actions have also been carried out in southern Chile, such as the city of Osorno. In addition, there are strategic sectors such as the ports that have shown their willingness to stop the ports in support of the teachers.

How have forces from different sectors come together so far?

The students of the National Institute, which is one of Chile’s most emblematic public high schools, historically characterized as part of social mobilizations, are being subjected to a brutal repression that responds to the application of a “safe classroom” policy, a project presented by the government and supported by its sector and the Christian democracy, which has shown aims to restrict students’ freedom of mobilization. We have seen how the police gas the students in class, the use of water cannons and brutal arrests. Today there is significant support from parents and teachers who repudiate these measures.

The miners in Chuquicamata were also repressed in their strike. In the same city the police shot them with rubber bullets. Local and national union leaders were arrested in this mobilization a few weeks ago.

On unity, at the national level there is great support for the educational demands, but the main student and worker’s union leaders have not called for actions to show this unity in the streets to this day. The port workers of the region of Biobío, in the south of Chile, have publicly manifested the willingness to stop working if the teachers’ union requests it, they have marched with teachers also in Valparaíso.

In the case of Antofagasta, from the group Our Classes, together with a group of teachers we seek to promote this unity, facing different limits. We traveled from the city of Antofagasta, which is the political capital of the region, to Calama, which is the mining city, to raise the need for unity, coordination and a single set of demands, to an assembly of 3,000 copper workers, which was well received by the rank and file miners, and shows a willingness to march together.

We think that the Central Única de Trabajadores, the main union federation led by the Communist Party should call and organize a national strike to confront the intransigence of the government and its unpopular reforms. There are more sectors that are coming out to fight, like the supermarket chain workers, who belong to the Chilean-American group Walmart Chile, who are on their way to starting their legal strike.

At the last march in Calama, education workers and miners marched together. In Antofagasta a regional march was called, where some dockers, industry unions, retail, and health marched together. More than 400 cafeteria workers marched as well, which are the most precarious sector of education, due to outsourcing.

At this moment, we have just promoted and voted in Antofagasta a motion of the regional assembly to promote a regional strike. Another motion for the National Assembly of the Teacher’s Union has been handed in, where the proposal is that the Teacher’s Union calls for a national strike in support of teachers. The situation shows that there are conditions for these initiatives to be carried out, which would clash with the strategies of the leaderships that have their forces mainly in parliamentary support, despite the fact that we have seen how the union bureaucracy has voted for the government’s initiatives, or how the Frente Amplio seeks “common agreements” with a government that is weak, intransigent and repressive. To explain: The Frente Amplio is a coalition that today has 21 parliamentarians in Congress, and that positioned itself as an alternative to the left of the traditional parties in the last elections, but today seeks agreements with the former Concertación that governed with Aylwin, Frei, Lagos and Bachelet and the New Majority that was the coalition of Bachelet’s last government along with the Communist Party.

What has been exposed is the government’s complete intransigence to the educational demands, which is why it is important to redouble the forces in a single set of demands from the workers against the attacks of the right-wing government, which has passed reforms like the “safe classroom policy” and is trying to approve labour, tax and pension reforms that seek to continue enriching big businessmen operating in Chile. 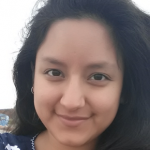 Eleonora Roldán Mendívil is an activist and scholar on racism, patriarchy and Marxism and a regular contributor to Junge Welt, Analyse & Kritik, Lower Class Magazine, and Revista Crisis. Both writers are members of the German “Science and Education Union” (GEW), as well as members of the Women's Strike committee Berlin, Germany.

VEJA continues with campaign of monitoring the Rietspruit River 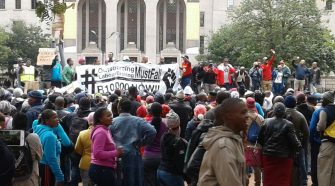