In November 2017, the era of Zimbabwean long time leader, Robert Mugabe came to a dramatic end. After Emmerson Mnangagwa was purged by the then president of Zimbabwe in what was a succession struggle between the aforementiond and Grace Mugabe, the leader of the so-called Group 40. The military moved to complete an unconventional coup, removing Mugabe from office. Since then, Mnangagwa has made comments which reveal his plans for reviving the Zimbabwean economy.

The Zimbabwean economy has nearly been wiped out since the land redistribution policy adopted in the early 2000s. This collapse included the collapse of exports, in particular tobacco, that used to earn foreign exchange for Zimbabwe. Sanctions and increasing inflation also meant that people’s standards of living went down sharply, and people resorted to the black market to buy basic needs.

Mnangagwa’s administration, as it tries to rebuild the economy, appears to have shifted from the policy of nationalisation which saw Mugabe’s government take control of banks, mines and other sectors of the economy. Mnangagwa announced that Zimbabwe now wanted to compensate white farmers who had lost farms and it would welcome them back. According to a Reuters report based on intelligence documents (Central Intelligence Organisation) in September 2017, Mnangagwa and others had been positioning themselves for a post-Mugabe era, swinging towards a liberalisation of the ruling party’s attitudes towards the West.

The report shows the military class as moving towards working with opposition leader, Morgan Tsvangarai who might be awarded a position in the new administration while Zimbabwe rebuilds. The surprise partner in this envisaged coalition is Britain. However, Britain subsequently denied involvement in Zimbabwe. Mnangagwa is said to have met with white farmers through former Commercial Farmers Union, Charles Taffs, in a bid to rebuild a relationship with them and their planned reintegration. However, reports say that Mugabe came to know about Mnangagwa’s ideas, which may explain why Mugabe moved to remove him from power.

Next Demonstrators call for an end to the slave trade

The Plight of the Basotho under Lockdown in South Africa

Rating Agencies – the eyes and ears of the rich 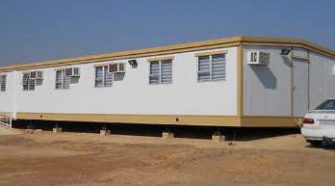