The 21st annual Khanya College Winter School was held between 09 and 14th of June, 2019 at the House of Movements, in Johannesburg. The theme of this year’s edition of the school was Movement Building, Organising and the Role of Media.

Context of the School
During the apartheid years, working class people organised themselves in many different ways in order to resist oppression. A working class press also emerged and in the struggle for liberation, newspapers such as the New Nation, Grassroots, Labour Bulletin, etc., played a key role. Since 1994, working class media has been in steady decline and eventually vanished almost completely.

With the increasing decline of the activist press, and the eventual collapse of trade union education, working class people have turned to low-cost newspapers such as the Daily Sun, which is owned by Naspers through it’s media wing – Media24. Media24 forms part of the few media monopolies owned by big business in the country. There are currently no media houses which take up working class people’s issues. Still, most organisations serving the interests of the working class continue to depend on ruling class media to air their issues. The school was set against the realisation that the majority of social movements and trade unions today do not have a viable media at all, and that this is a key challenge that movements have to confront.

The school looked at organising the working class and what role the media should play. The theme of the school – Movement Building, Organising and the Role of the Media – therefore reflected the main objective of organising.

Profile of Participants
At the 21st Winter School there were 56 participants representing 24 different organisations. Together with 23 Khanya College staff the total number of participants was 79 individuals. Participants came from 8 of the 9 provinces of South Africa as well as from the countries in the Southern African Development Community (SADC) region, those being Angola, Malawi, Mozambique, Zambia and Zimbabwe. The sectors represented at the school were environment; rural & agriculture; labour (unions and casual workers); land & housing; education; community media, legal and community health.

The gender composition of the school was in keeping with the policy of the College, which is to ensure that at least 50% of the participants in a winter school are women. This year, there were 71% women and 29% men. At the end of the school, participants expressed an interest to strengthen media in their organisations, and some of the organisations expressed an interest in collaborating with the College in building working class media.

Reflection on the school
In the opening the College made short addresses to participants, with comrade Maria van Driel reminding the participants of the need to be in solidarity and treat each other with respect. Father Mokesh, the Chair of the Khanya Board of Trustees, emphasised the need to take control of movement building, saying that the power is with the women, the children, and that working class activists need to remember that power lies in their hands. Comrade Oupa issued a call for participants and the broader working class to look at current media that is used by working class activists, and noted that platforms such as Facebook are spaces controlled by big business.

Activities and Participation
The opening activities and discussion in the School also generated a lot of debate and reflected on the interests of various groups in society, including traditional leaders, religious organisations and the state. In the simulated court hearing against a woman sex worker for the death of her child, the discussions showed the many prejudices and discrimination society levels against sex workers, especially if they are women.

In the following days there were discussions on theory of communication and media, showing how ruling class ideas dominate in society. Participants had reading packs overnight and discussions in the mornings. The activities also featured workshops on various media skills, including writing, layout, shooting short films on phones. Other activities included yoga sessions for affordable and healthy lifestyles. An important part of the School and the way it was organised was that participants wrote a lot of articles. The benefits of the writing exercises were evident in many ways. Firstly, the participants produced 4 of the 5 issues of the Imbila Yesu, writing articles as media groups which had been created for the purposes of the School. Participants gave names to the media groups they created, including The Socialist; Imbokodo; Youth Force; The Voice; Mamela; and Womandla.

The groups were set up in various ways, as a men-only group (The Socialist); women-only media houses (Womandla and Imbokodo as a young women’s group); Youth Force was made up of young people and Mamela and The Voice were mixed demographically. The groups took up various issues the participants in them felt were not the focus of mainstream media. Broadly, these issues were LGBTIQ+; working class issues framed in a socialist angle; youth problems; women’s issues and others criticised the dominant media of ignoring the needs of disabled people, particularly the deaf and blind (a lack of publication in Braille).

The skills workshops focused on a use of social media platforms for organising. In the workshop, some participants recounted ways in which their organisations use either WhatsApp or Facebook to channel organisational messaging, to make announcements and to report news. There was a general negative attitude towards Twitter as it was seen as expensive and complicated. The layout and design session brought practical results with some groups showing publications they had laid out and designed. Those who participated said that they did not know that they could develop the kind of capacities they learnt, and that they would put it to use in their organisations once the School came to an end. There were similar sentiments about the short films, activists saying they realised they could do a lot of film documentary work even without the more specialised big cameras used in big movie-making.

A new and important aspect of the Winter School was the use of new electronic media as part of the design of the School and as part of the way participants worked in the School. All participants had daily access to Wi-Fi and discussion questions for group sessions were disseminated via Whatsapp. The writing work of the participants was also uploaded on a website created specifically for the School, Imbila Yesu-Online (http://khanyacollege.org.za/imbila-yesu/). The use of technology in this way marked an important development in the School and in Khanya activities in general, and was an important lesson of how technology can be used to enhance working class education. 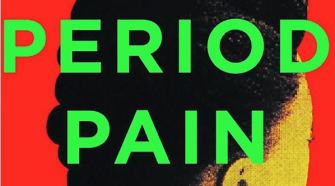