Former outsourced cleaners and security guards of the Passenger Rail Agency of South Africa (PRASA) held a protest action at Park Station, Johannesburg on 11 August 2020 where they were shot by the police. The workers have been fighting for insourcing for years before PRASA cut ties with contractors last year, leading to mass dismissals.

Since lockdown; there has been rife theft of train infrastructure and vandalism throughout the country as train services have come to a halt. Metals, cables and other expensive rail equipment have been looted to be sold as scrap. This may have been prevented had PRASA retained workers during the lockdown. Many workers lost their jobs because the parastatal controversially cancelled some contracts prematurely, some of which were awarded irregularly. The company has now announced that it will hire permanent security guards to safeguard rail infrastructure.

The workers who were dismissed last year are demanding to be re-hired for the permanent jobs that have now become available. While these workers were protesting in Johannesburg, they were shot by police in a brutal response. Over 50 workers, including a cleaner, have reportedly been injured by the police.

“They don’t want us to meet Bongisizwe Mpondo (PRASA administrator), to answer us why they treated us like that. They just shot us without speaking to us, that made us feel like we are nothing,” said a dismissed security guard who is part of the leadership organising the protest action.

The dismissed workers who are former private security and contract cleaners, are planning a protest that will culminate in handing over a memorandum of demands at the Office of the President of South Africa at the Union Buildings. They are reaching out to private security and contract cleaning workers who are permanently employed by PRASA, with or without Matric certificates.

This article was submitted on 25 August 2020. You may republish this article, so long as you credit the authors and Karibu! Online (www.Karibu.org.za), and do not change the text. Please include a link back to the original article. 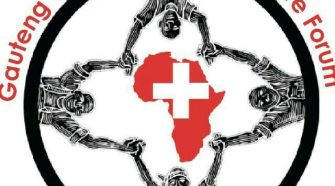