Every year since 1889, workers across the globe have gathered in their numbers to celebrate Labour Day, the contribution of the workers in society. This year has been unique and very different to most years since International Workers Day was first celebrated. In December 2019, a new virus was first noticed in China’s Hubei province, and especially around the city of Wuhan. Since then, the virus has become a pandemic, leading to a halt in most production in about 187 countries and territories in the world. As a result, the 2020 edition of Labour Day had a different texture.

Most workers celebrated May 1st under strict lockdown regulations. The government of Malaysia used the day to crackdown on migrant workers despite its promise to undocumented migrants that nothing would happen to them. The Malaysian government said it needed to test the migrant workers for COVID-19. Malaysian authorities detained migrant workers, and are now blaming them for the spread of the coronavirus in the country.

In a ‘Joint Letter’ dated April 10, 2020, a coalition of civil society groups and trade unions in the country appealed to the United Arab Emirates (UAE) government to include migrant workers in its response to the coronavirus pandemic. The question of extending relief packages to migrants is a big debate in South Africa, and the argument of the left is similar to that made by the UAE’s coalition group. The UAE for its part, elected to begin a process to repatriate these workers to their birth countries. Most of them are from nearby countries such as Pakistan, India and Sri Lanka.

In Hong Kong, in defiance of government regulations, anti-Chinese government protestors took to public spaces like malls and subway stations on Workers Day, with some groups also carrying out relief operations for poor communities. Many protestors were dispersed using pepper-spray and some were arrested by the Hong Kong police.

Greek health workers, along with workers from other sectors, students and the leftist trade union PAME (All-Workers Militant Front), also defied state regulations on gatherings amid restrictions due to the outbreak to observe International Workers’ Day. PAME demonstrators (mainly workers and students) all wore masks and strictly adhered to physical distancing measures as well. The protesters waved flags, chanted slogans and held banners reading ‘No sacrifice for the bosses’.

There were less orderly demonstrations in a few other countries. In Turkey, May Day demonstrations took place throughout the country, with some violent clashes with the police as they tried to disperse demonstrators using teargas and water cannons in Istanbul. Reports say that several protestors were detained.

In addition to rallies, many workers observed the day through online meetings of one kind or another. The International Workers Committee (IWC), for example, posted a 3-hour long rally in several languages. The event took place at 09:00(am) in Mumbai, 08:00(am) in Kabul, 11:30(am) in Beijing, and 13:30(pm) in Sydney. As a slogan, the rally said workers, youth and humanity need to be saved instead of the banks and the capitalists, evidently criticising the conservative response of neoliberal governments.

As the coronavirus ravages countries and wreaks havoc across the world, forcing lockdowns and strict rules around large gatherings, the International Workers Day was not celebrated in quite the same way as previous years in most countries. Workers had to remain indoors and, in countries like England, the mood was sombre. But as the COVID-19 virus continues to halt production, creating unprecedented pressures on capitalism, it also continues to force a rethink of many previously ‘untouchable’ ideas, and it could soon be the workers’ day as imagined.

This article was submitted on 4 May 2020. You may republish this article, so long as you credit the authors and Karibu! Online (www.Karibu.org.za), and do not change the text. Please include a link back to the original article.

Next May Day 2020 and the Heritage of Struggles From Below

Homeless people are exposed to coronavirus during the Lockown 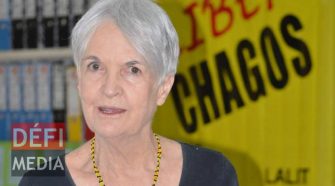